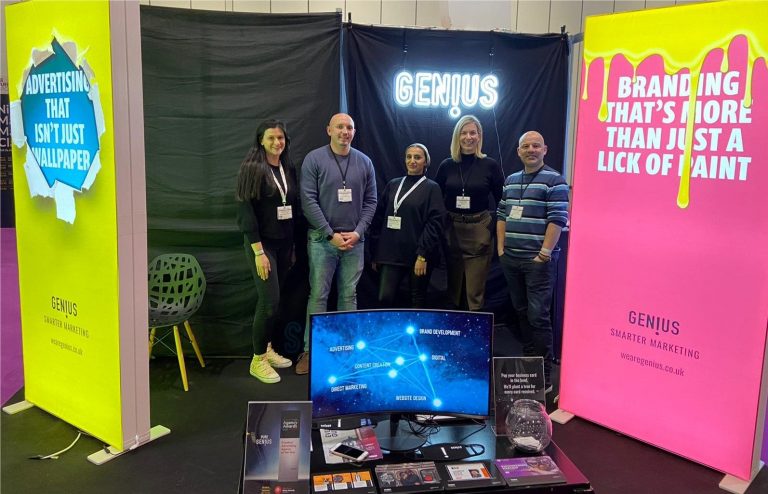 Genius translates clever, complex technology products and services into simple, saleable , relatable concepts that customers engage with and buy into.

We’re the translation agency for technology, turning techie talk into relatable, human stories that sell. We’ve never worked with a company in this space where we didn’t immediately grasp what they were doing, so there’s no need to spend days explaining yourself.

We love anything really clever and complicated, with lots of moving parts and different elements to understand! We also support STEM nonprofits, particularly where these intersect with D&I, which is an area close to our hearts. 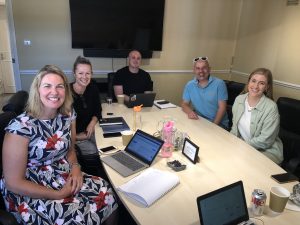 International Women in Engineering Day celebrated its 8th year in 2021. Initially a national day in the UK from 2014, it received UNESCO patronage in 2016 and went truly global the following year. INWED is an international awareness campaign which raises the profile of women in engineering and focuses attention on the amazing career opportunities available to women and girls in this exciting industry. For 2021, we were tasked with continuing the growth trajectory, measured primarily by the “potential reach” metrics which were recorded at 103 million for 2020. Whilst no set target was outlined by the client beyond exceeding the 103 million, we set ourselves an agency side goal of exceeding 200 million. A secondary objective was to secure additional sponsorship, to cover the cost of having external marketing support and we were determined to achieve this also.

The sponsorship campaign was a targeted and highly personalised LinkedIn outreach campaign, featuring modified sponsor benefits to match the online only aspect of the campaign. We approached key contacts at accounts we knew had a substantial engineering population within the workforce and worked to develop meaningful relationships with them.

The bulk of our efforts were directed to the wider impact of the day. We began by rebuilding the website so it was more professional, easier to use and more asset rich. Then we focused on press relations and media partnerships, to get some of the biggest names in journalism to lend their support and open their audiences to our message. An example of this was an exclusive arrangement with The Guardian who published and supported the announcement on the day of our WES WE50, a list of the most influential women in engineering. We then worked closely with our sponsors to develop their engineering hero stories, providing us with content we could use to build excitement ahead of the day. We also marketed our resources and events capabilities to our existing connections, ensuring the grass roots organisations and schools were fully supported in preparing for their celebrations. Finally, it was all about how much we could make of the day itself. Posts welcoming nations across the globe were released in their individual time zones, beginning with Kiribati and finishing with the Howland and Baker Islands. We also released welcome messages in key languages spoken by our audiences and were pleased to secure support from many of our own high-profile connections and those of our sponsors, particularly within F1 and defence.

We were able to far exceed our impact targets for this campaign, with over half a billion potential reach, five times the figure of the previous year. We also recorded 100 global media stories, from sources including The Guardian, The Houston Chronicle, The Engineer, The Evening Standard, MSN and The Sun, Engineering.com. The hashtag #INWED21 also trended on Twitter, with top posts coming from the likes of F1, Mercedes-AMG Petronas, Sky, European Space Agency, Royal Air Force, and Sir Patrick Vallance.

Perhaps even more importantly, we finished the campaign as a net contributor to the Society’s funding, courtesy of the extra sponsorship we secured. 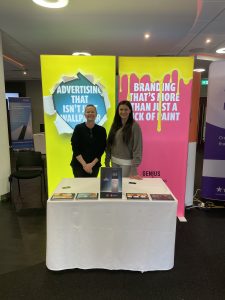 Every member of the team, both at WES and at Genius put their absolute all into making the campaign a success and we are delighted that this has been recognised by the UK Agency Awards. Emma Humphrey, Original Genius and founder of Genius Marketing, said she was thrilled the agency’s work had been recognised by these nominations…

“As an agency, we always give our all to every campaign, but INWED captured our hearts as well as our minds. We’re absolutely thrilled to have played a role in elevating the campaign’s impact on the global stage and I’m so pleased for the team to see all their hard work recognised at these amazing awards.”

« Return to the blog posts listing